Zita the Spacegirl by Ben Hatke

I am always on the lookout for good graphic novels to read with my kids' book clubs. Because they are parent-child groups, I like to expose everyone - in this case, the adults - to something they may not have tried before. Most often the kids have at least tried a graphic novel, and most of the parents are always a little skeptical at first. In at least two or three cases I've had full converts, to the point of the adults searching out and reading new and interesting adult graphics themselves; and the only complaints I've had (there are always a few) have to do with the fact that reading graphic novels - or comics - can be difficult if you're not comfortable with the conventions, or with the very visual mode of storytelling. Sometimes kids have the same problems. But overall, reading a graphic novel every once in a while with my book clubs has been a success.

Zita the Spacegirl will be our next attempt at one. It's actually fairly difficult for me to find quality graphic novels that I feel have enough meat to carry a book club discussion with a group of seven- to eleven-year-olds and their adults, especially if I am trying to find something that most of the group hasn't already read. School librarians are very adept at finding the great graphic novels and making sure the receptive kids get a chance to read them. I find it hard to grudge them this. 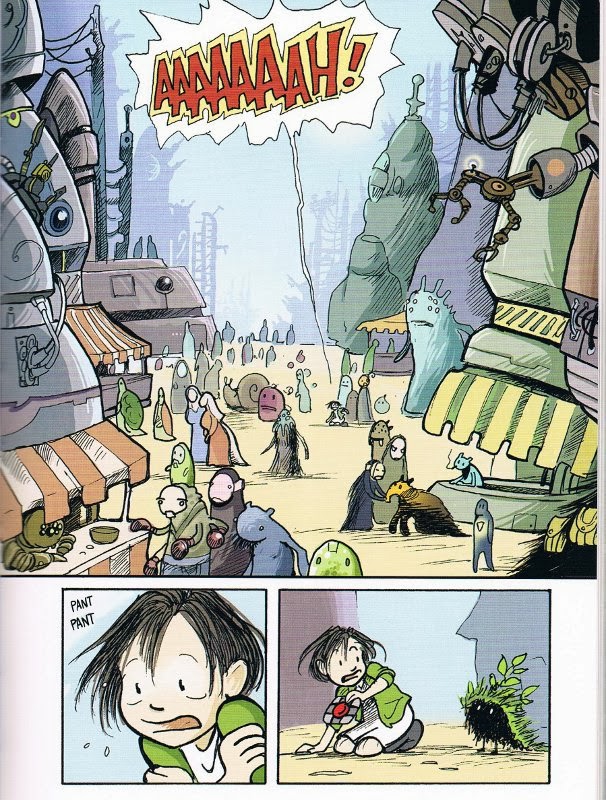 Summary: when Zita's friend Joseph is snagged by a terrifying tentacled creature from a portal to an unknown world, Zita follows to try and save him. (This whole part is done so well, and so believably, character-wise, that I was hooked immediately.) She finds herself transported to the surface of a planet doomed to be destroyed in days by an incoming asteroid. She appears to be the only human around, she's penniless and friendless, and Joseph is whizzed off in some sort of flying car before she even has a chance to rescue him. Zita is going to need a little bit of help to save the day. 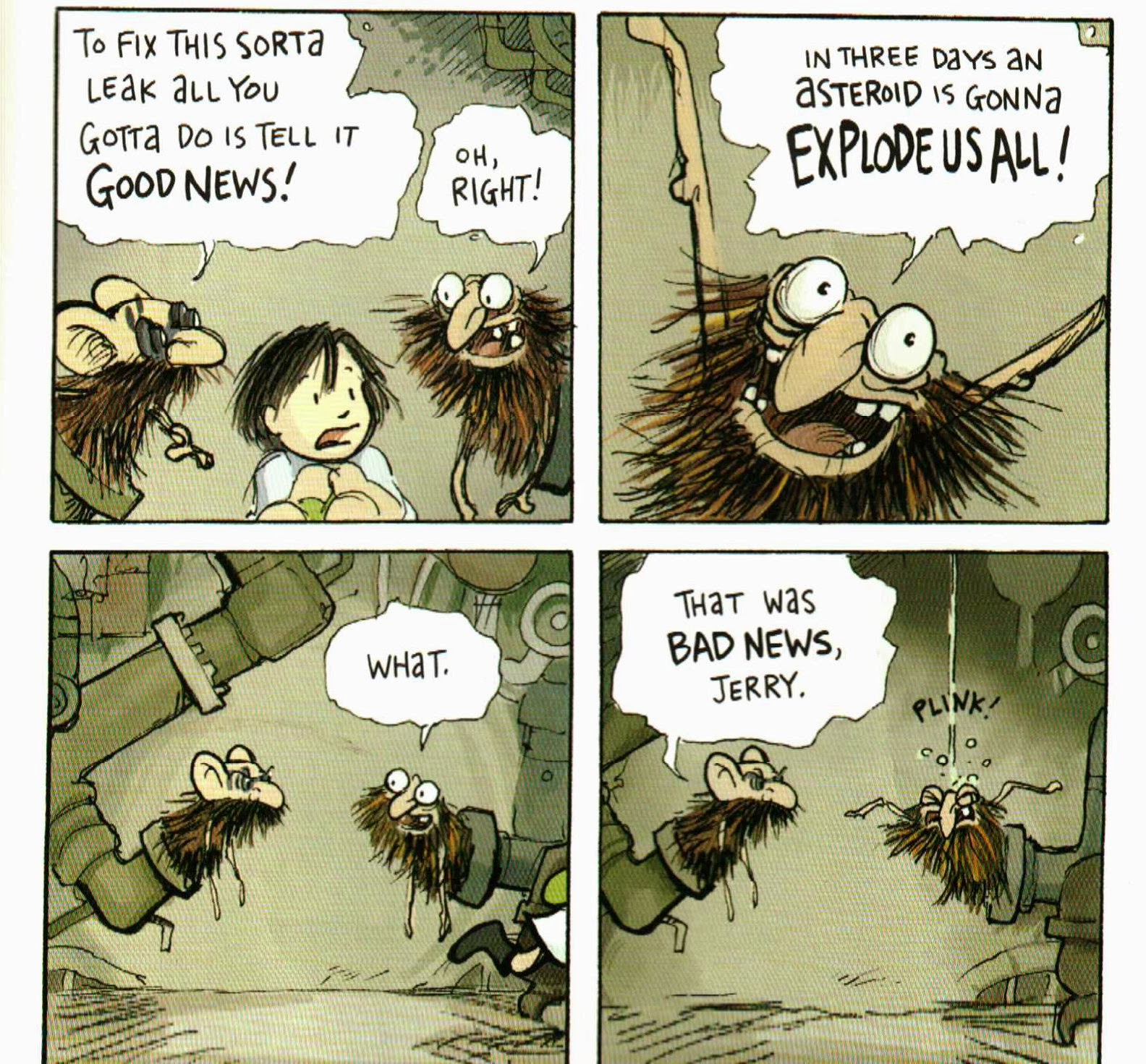 Zita fits my criteria for a good book club graphic novel. The art is easy to follow and evocative. The plot is very fast-paced, and there's lots of humour. Characters are interesting, though many are a bit mysterious; I think we'll learn more about some of the secondary characters as we move into the second book. Zita is a complex, totally believable kid. The story is not entirely straightforward and the subtext isn't always outright explained - always excellent features in a book club book. If it is a bit predictable at points, that's because I know the conventions of the adventure and science fiction genres. At other points, it managed to surprise me even within the conventions, so it gets points for that too. Finally, it isn't perfect. While I thought the book started incredibly strong, I was a little confused by the timelines for some of the later plot and the end of the book felt rushed. It's possible I might read the book again in order to see if that was just because I was distracted and/or reading too quickly at the end. Flaws in an otherwise well-done book make for good discussions, too, if they're not so deep as to wreck the book, and these are nothing like that.

Recommended for fans of middle-grade graphic novels; I'll be reading the rest of the trilogy.
Posted by Unknown at 10:19 PM

I gave this to some of my kids back in January and it was a hit :D Especially rewarding was seeing that the boy who initially said "But it's about a girl!" was a total convert by the next session (and I got to gently prod his assumptions too) :D I hope you have a good discussion with your group :)

Woo! I love it when assumptions get prodded via excellent books. The final book comes out in May, according to Goodreads, and reviews suggest it is the best of the three... a good incentive for me to actually finish a series, for once. :)